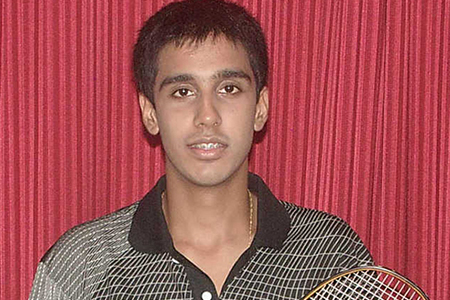 Shuttler Pranaav Jerry Chopra has brought laurals to the city by winning the 80th Senior National Badminton Championships 2015-16 in Chandigarh today.Pranaav won the title in the doubles event along with partner Akshay Dawelkar by defeating the 2nd seed Alvin Francis and Tarun Kona.
In the mixed doubles, Pranaav Jerry Chopra and Sikki Reddy won silver medal. They lost to Arun Vishnu and Aparna Balan in a hard fought match by 20-22 and 20-22.
This is the second time when Pranaav has become a national champion.
In the women doubles, Pradnya Gadre (Pranaav’s fiancee), along with Sikki Reddy, won gold medal to become the national champions.
Anupam Kumaria, general secretary of the Ludhiana Badminton Association said: “It was a happy moment for us as both Pranaav and his fiancee are now national champions. They got engaged in January 1, 2016, in Ludhiana. The shuttler duo are planning to get married in December.”
Pranaav started playing badminton at the age of seven and became an international player in 2007. He has won all national championships in all age categories such as under-13 under-16 and under-19.
Pranaav started the year 2016 on a winning note when he won silver medal in Syed Modi International Tournament. In this tournament, he defeated top players from Korea, Denmark and Malaysia. Pranaav was thankful to the Badminton Association of India for providing him services of a Malaysian coach.