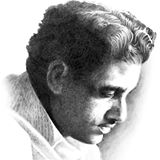 Harbans Bhalla (7 May 1930 – 5 April 1993) is the author of Peelay Pattar, a long Urdu epic poem titled Peelay Pattar, a creation realized after 14 years of writing. He was a writer, poet, philosopher, and a scholar, who wrote in Persian language, Shahmukhi and Urdu languages.

Harbans Bhalla was born in 7 May 1930 at Pasrur, now in the Sialkot District of Pakistan . He penned an Urdu epic poem titled Peelay Pattar with 70,000 verses. Peelay Pattar is originally written in Shahmukhi language which is a variant of the Perso-Arabic script used to write the Punjabi language. It took him 14 years to complete the work and he hoped that it would make the Limca Book of Records.The first of ten volumes of the work will be released at the Punjabi University on 7 May 2013, which is the 83rd anniversary of his birth. During his lifetime he was considered a “lesser known figure in the literary circles of Gujarat,” India. After suffering from cancer, he died on 5 April 1993.