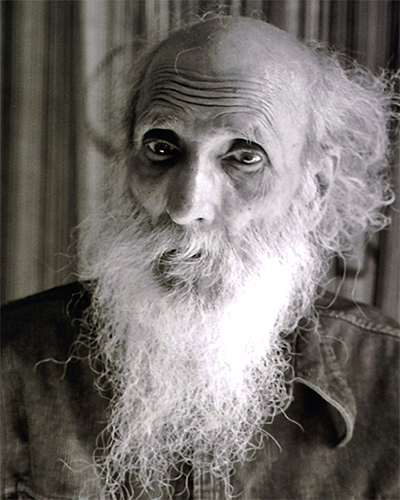 Harbhajan Singh (18 August 1920 – 21 October 2002) was a Punjabi poet, critic, cultural commentator, and translator. Along with Amrita Pritam, Harbhajan is credited with revolutionising the Punjabi poetry writing style. He published 17 collections of poems, including Registan Vich Lakarhara, 19 works of literary history and translated 14 pieces of literature of others including those of Aristotle, Sophocles, Rabindranath Tagore and selections from the Rig Veda.

Harbhajan singh completed his higher education without going to college, he had two degrees in English and Hindi Literature, both from the University of Delhi. His Ph. D. thesis discussed Hindi poetry in the Gurumukhi script. He started his academic career as an English teacher before switching to Hindi and then to Punajbi. He worked at the University of Delhi as Professor Emeritus until he retired in 1984. He visited and gave lectures at many prestigious universities and institutions including the Indian Institute of Technology, Guru Nanak Dev University, Punjab University, Jammu University and Gauhati University. He praised Ustad Reham Din, Lala Suraj Bhan, Dr Mohan Singh Diwana, and Dr Nagendra as his most preferred teachers throughout his education. The poets he most admired and rated highest were Guru Nanak Dev, Guru Arjan Dev, Shah Husain, Waris Shah, Bulle Shah, Mir Taki Mir, Lorca, Rabindranath Tagore, Noon Meem Rashid, and Puran Singh.